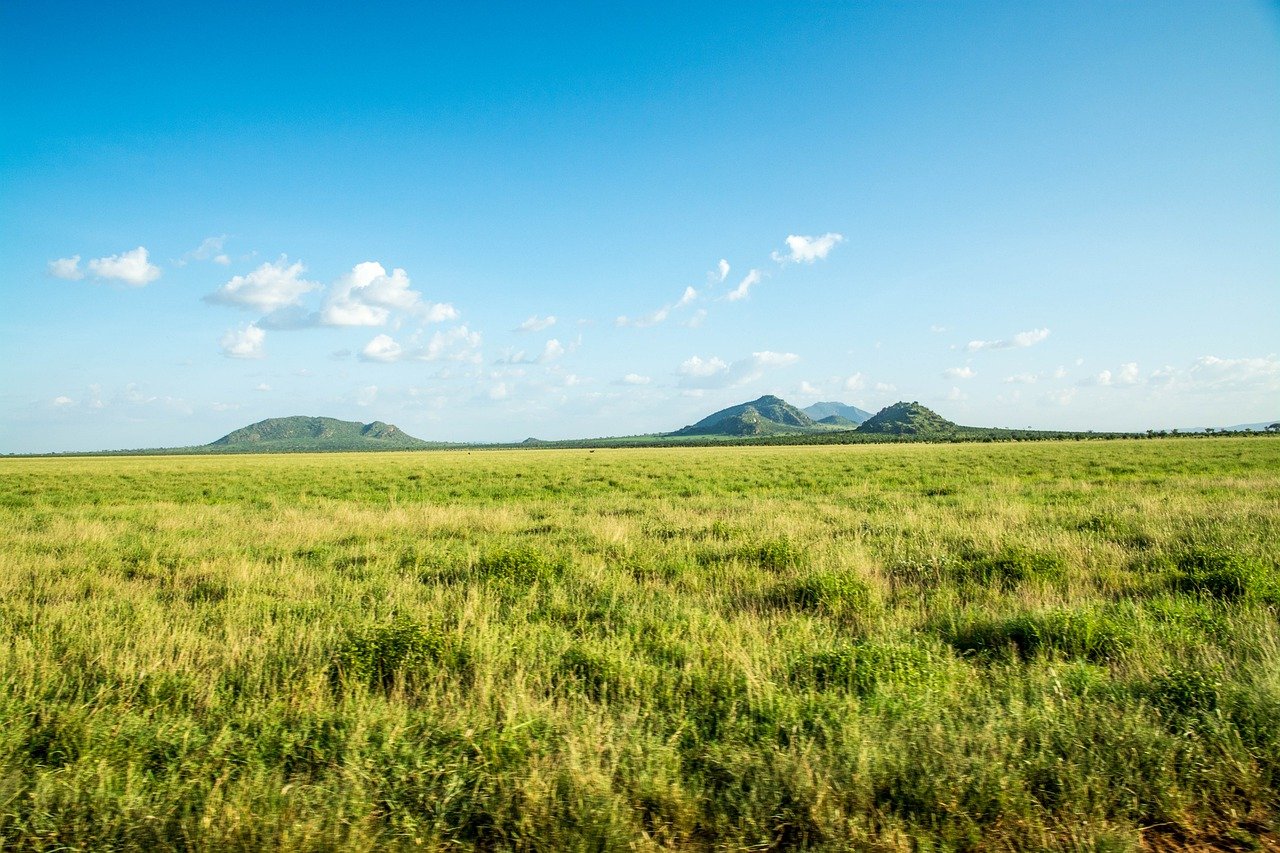 In the United States, you rarely ever hear anyone referring to steppes even though a good percentage of the country is made up of them. So then, what is a steppe, and where can we find them?

In this article, we’re going to be covering the following:

What is a Steppe

Extremely chilly in the winter and warm in the summer, a steppe is a plain that’s dry and grass-covered. There are no size requirements for a steppe, they can stretch across countries or states, or consume much less real estate.

A great example of what a steppe is can be found where a desert transitions into a forest. A stretch of treeless, grassy plains that doesn’t get enough water to grow thick vegetation, but gets just enough to keep from forming into a desert.

Without any involvement from humans, a steppe is a good indicator of climate separations and is classified as a biome. This biome is a transition of precipitation extremes.

On one side of a steppe will be well-watered terrain such as forests (typically mountainous regions). On the other side of this biome, you’ll have desert (or desert-like) conditions. This biome blurs the contrast between the arid and more temperate biomes.

Other Names for Steppes

Most often in today’s vernacular, you’ll hear synonyms to the word steppe rather than the actual word. Four of the most popular synonyms would be:

A little-known fact about the word “steppe” is that it’s a Russian word that means “grassland.”

What Grows in a Steppe?

There are steppes all over the world and the particular types of contents being grown in any given steppe will change from zone to zone. In other words, you could have buffalo grass growing in an American steppe, and Stipa Grandis growing predominantly in the Eurasian steppes.

To keep it simple, an abundance of grass species will grow in a steppe. Steppes only receive enough rainfall or overall precipitation to support hearty, resilient, drought-resistant herbs and grasses.

There are certain types of plants that grow in these areas, some are only found in the steppe biome. One of these types of plants is among the rarest in the world- the Titanka plant.

The Titanka plant is only found growing in the South American steppes, and when fully grown it looks like the sharp, grassy top of a pineapple, but is several feet tall and wide. It will bloom and bear fruit only after it reaches about 100 years old.

As rare as this plant has always been, they’re beginning to become even more difficult to find. Though farming is often blamed for the erosion of this species, some are simply disappearing or dying off from areas where no farming is taking place.

This plant is otherwise known as the Puya raimondii, and is nicknamed the “Queen of the Andes.”

Steppes of the World

Steppes can be found on every continent of the world, though they’re called something different from place to place. For instance, prairies of North America would be referred to as “downs” in Australia or a “veldt” in South African regions.

The Largest Steppe in the World- The Eurasian Steppe

The largest steppe in the world stretches from Eastern Europe to Central Asia, and is commonly referred to as “the Great Steppe.” It’s also known as the “Eurasian Steppe,” but enough people are aware of this region that if it’s called “the Steppe” people will often know which steppe is being referred to.

To give a better appreciation of the size of this steppe, it spans almost 1/5th of the way around the earth. It spans over 5,000 miles, only broken in one place by the Altai Mountains in Central Asia.

How Prevalent are Steppes?

If everyone called steppes by one term rather than several, it would be easier to realize how frequent these biomes occur from place to place. Steppes cover approximately 20% of the earth’s landmass.

Over 65% of the African Continent is covered with savannah (steppes).

What’s the Difference Between a Steppe and a Savanah?

The only difference between the two is location. Savannahs are steppes located closer to the equator, therefore are warmer and less harsh during the winter months.

No matter where you go in the world, steppes have animals living in them that harbor their particular skillset lending assistance to survive in the conditions of a steppe. Skillsets such as being able to run at great speeds, burrowing, or simply outgrowing predators, are all at work in the steppe animals.

Without having any real cover and being exposed to the eyes of predators, herding animals enjoy increased survival by simply sticking together out in the grassy steppes. Primarily, herbivores occupy these grasslands, except for the predators that are after them.

Badgers, Rabbits, Ferrets, Ground Squirrel, Kangaroo Rats, etc.- Running the risk of being trampled underfoot by their larger neighbors, smaller-sized, burrowing species can be found occupying steppes all over the world.

This is a list that could go on and on. As aforementioned, steppes are all over the planet, and every continent has animals on it that others don’t. The animals mentioned above are just to give you an idea of the variety of species one may stumble into in this biome.